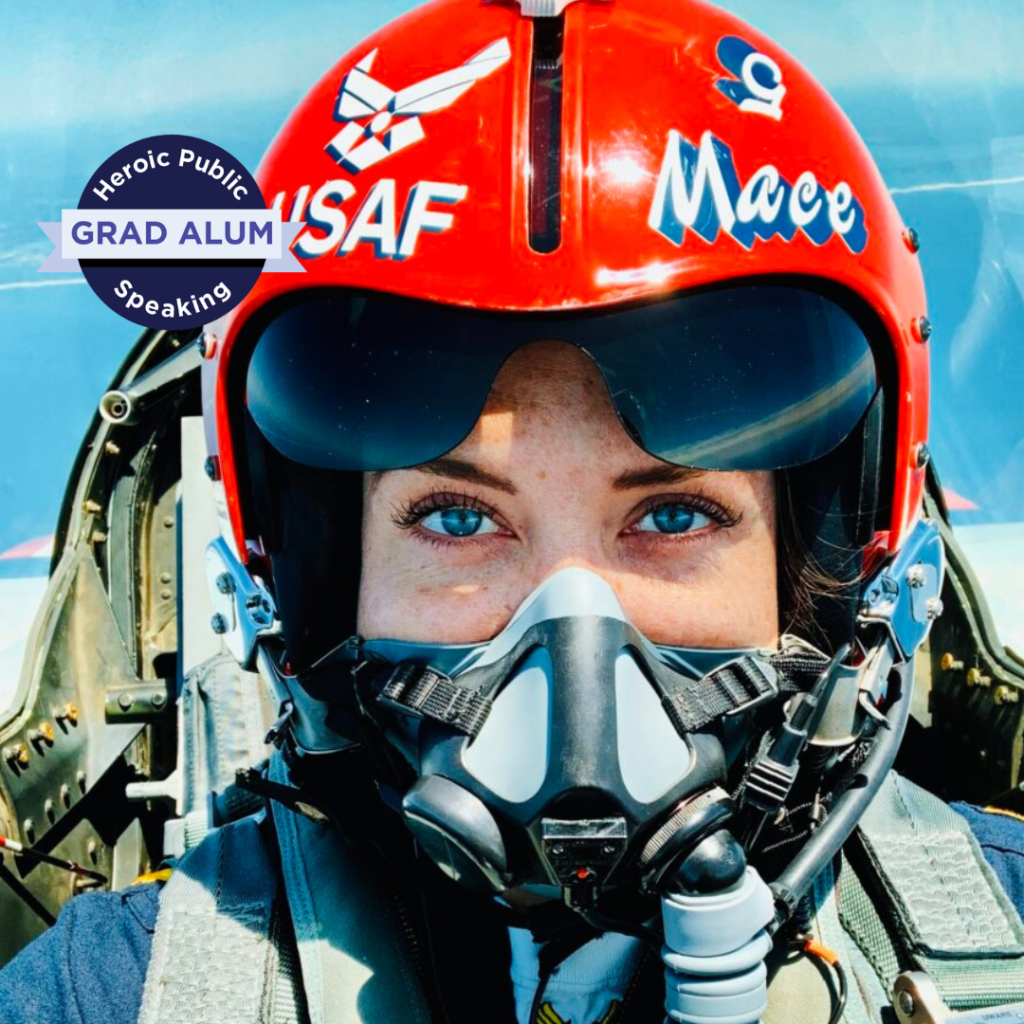 Michelle Curran has led an impressive career as a Fighter Pilot during her 13 years in the United States Air Force. From 2019-2021, she flew as the only female pilot for the Air Force Thunderbirds and performed for millions across the country and internationally. Michelle was also named the Distinguished Alumna of the Year by the University of St. Thomas in 2021. She has been featured on several well-known media platforms, including The Kelly Clarkson Show, CBS Evening News, and Glamour.

Before joining the Thunderbirds, Michelle was a combat-proven fighter pilot completing missions across Europe, Asia, and the Middle East. She has a passion for pushing her limits, inspiring others, and changing lives.

As the Lead Solo for the Thunderbirds, Michelle realized the flying was cool, but the best part was inspiring others to overcome their fears and pursue their dreams. Since transitioning out of the military, she has founded her company, Upside Down Dreams, and is committed to empowering men and women of all ages to overcome obstacles and the fear of failure. She has inspired thousands through her passion for breaking barriers and setting the example of what can be accomplished through handwork.

When Michelle isn’t speaking, she volunteers as part of the Veteran’s Outdoor Advocacy Group, spends time with her stepson and husband rock climbing, and pursues her mountaineering goals. Michelle and her family enjoy their home city of Las Vegas as a hub to adventure from.

Steve started his career sorting bras and pantie’s before becoming a professional musician featured on MTV.…

Jason Mudd is an adviser to America’s most admired and fastest-growing companies, including American Airlines, Dave…

I am a futurist, author and expert on decision making under uncertainty.

Who do the Secret Service, Samsung, IBM and Verizon call when they want to understand the…

Through Jenna's experience having overcome incredible personal obstacles in order to achieve success, happiness and fulfillment,…