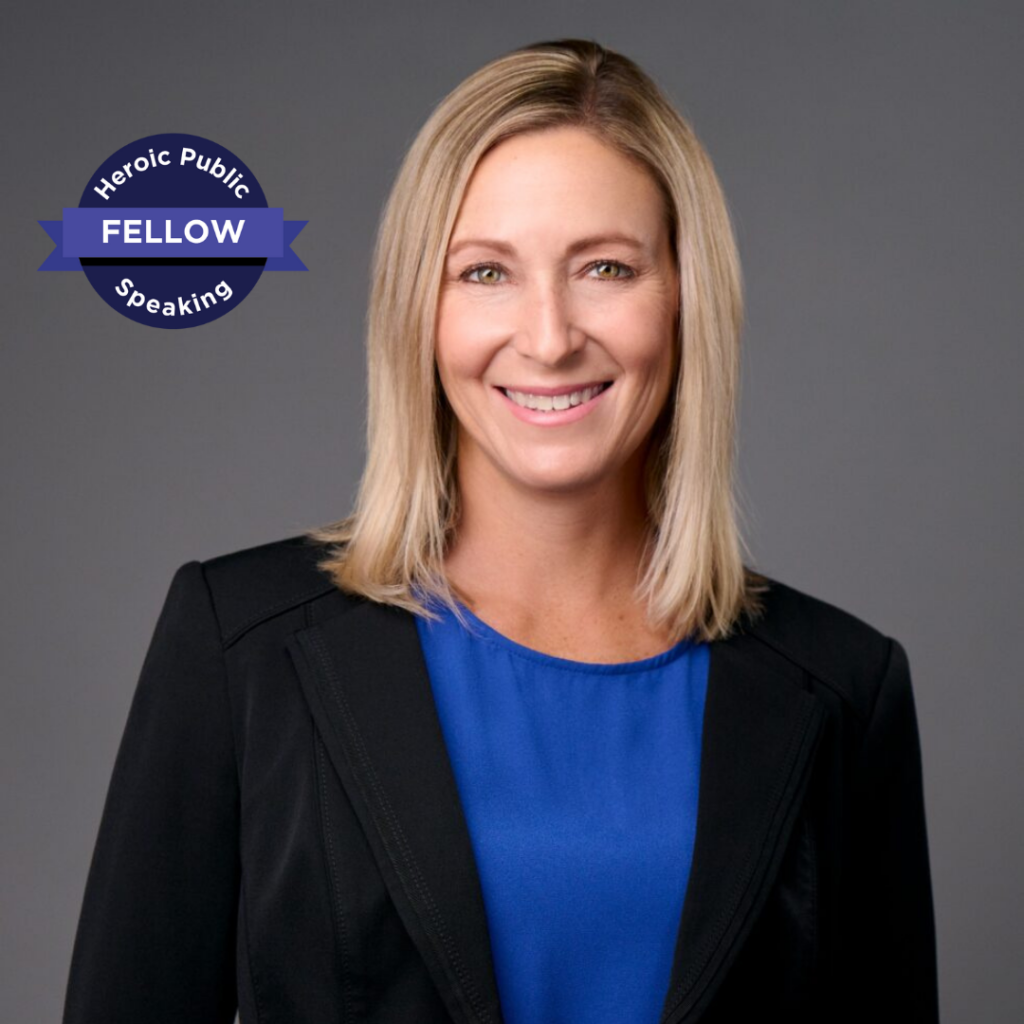 Kim “KC” Campbell is a retired Air Force Colonel who served in the Air Force for over 24 years as a fighter pilot and senior military leader. Kim is a sought-after keynote speaker, sharing her inspirational story with business and corporate audiences about a life-changing combat experience while weaving in lessons about leadership, vulnerability, and courage. Kim’s remarkable story demonstrates how leading with courage builds deeper relationships, inspires loyalty, and enables teams to perform at their best.

Kim has flown over 100 combat missions and made split-second life and death decisions with potential strategic implications. Most widely recognized for her combat experience in Operation Iraqi Freedom, Kim received the Distinguished Flying Cross for Heroism when the fighter jet she was flying while supporting ground troops was hit by a surface-to-air missile. She was able to successfully save her wounded A-10 aircraft and recover back to base, a daring feat only accomplished successfully once before.

Kim has led hundreds of Airmen both at home and abroad in deployed locations and enabled them to succeed in their missions. She has experience leading complex organizations and driving cultural change. Kim knows what it takes to be a successful leader, to inspire and empower high-performance teams to achieve success. Most recently, Kim served as the Director of the Center for Character and Leadership Development at the United States Air Force Academy.

Nikki James Zellner's unique background in media, marketing and activism makes her an incredible fit for…

Speaker, President and Founder of Big Toe in the Water

Harriet is a professional speaker, award-winning Mindfulness teacher, and Registered Nurse. Mixing research and science with…

Henna Pryor, PCC is a highly sought after Workplace Performance Expert and an award-winning keynote speaker…

Author, professional speaker, and Founder of MACKEY & The Prosperity People, Mackey McNeill is passionate about…

Pati Froyo is a Speaker, Executive Coach, and Inter-Cultural Leadership Consultant. Her mission is to help…

With over 35 years of experience, Gwen Bortner is a consultant and speaker. As a natural…

Dr. Paul DeChant takes a transformational approach to reduce burnout, empowering and aligning everyone in the…